The birthplace of Buffalo Bill Cody was in a log cabin located in the trees on the horizon of the photo on left. The log cabin no longer stands. The plaque is located at the crossroads of 23rd and Territorial Road in LeClaire, Iowa. Buffalo Bill moved from this cabin at 8 months old. Photo was taken by Don Pruter. 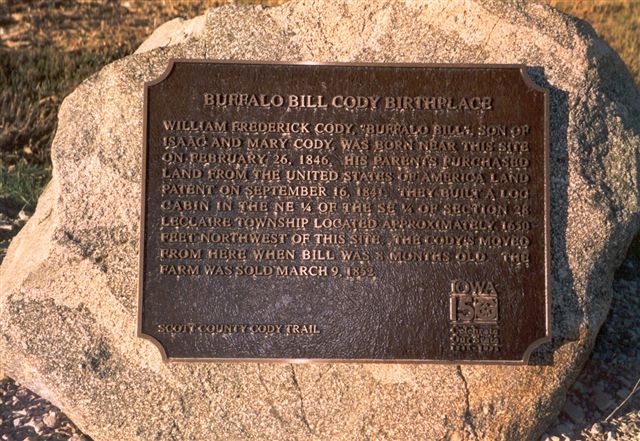 The marker describing the birthplace location in LeClaire, Iowa. Photo by Don Pruter. 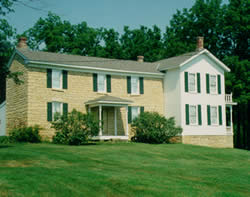 He then moved into a home built by his father for a senator. The senator died during construction so the Cody family moved in. Cody lived here until the age of 4. The addition on the right was added later. A piece of the original 1847 yellow limestone wall is passed around to passengers during a Cody Trolley tour. This home is located just outside LeClaire, Iowa and still stands as a museum. 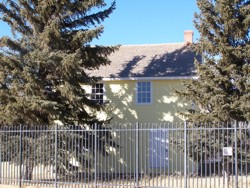 The Cody family then moved into the house on left that is displayed at the Buffalo Bill Historical Center. Cody lived in that home from the age of 4 to 7. To learn more about Buffalo Bill return to prior page and look for entries under "Cody History."