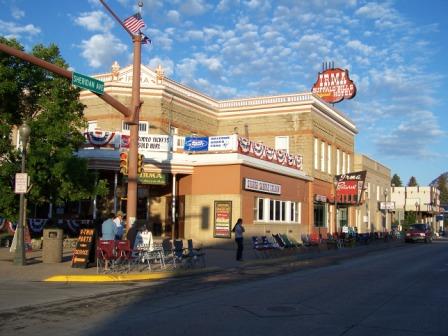 Chairs line Sheridan Avenue at 6:30 am on July 4 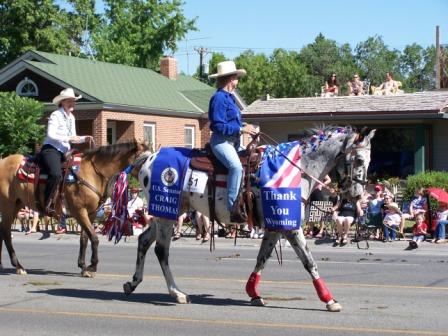 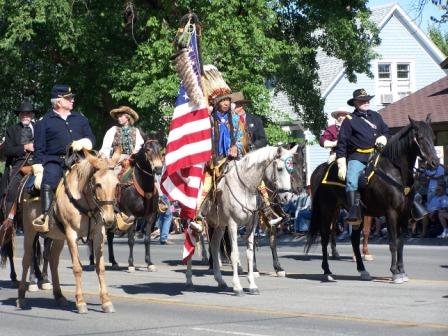 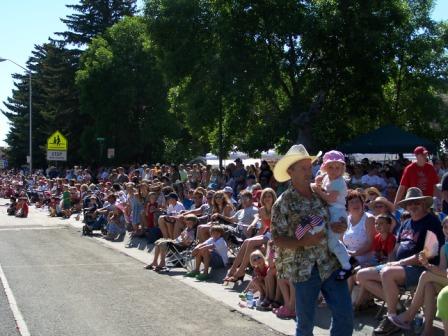 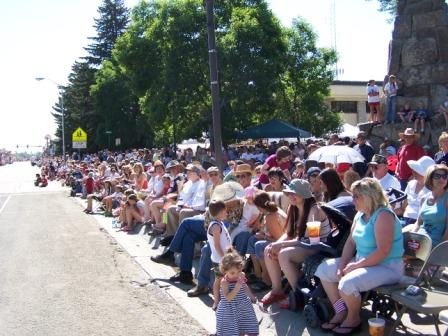 Crowd numbers could have exceeded 10,000 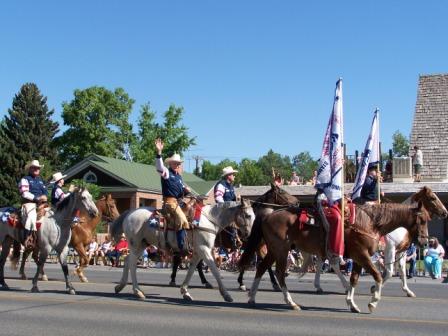 The Cody Stampede Board 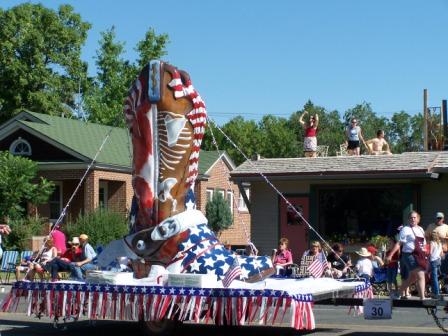 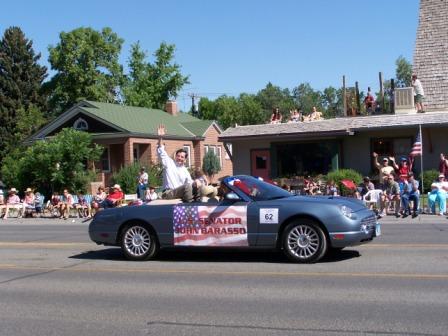 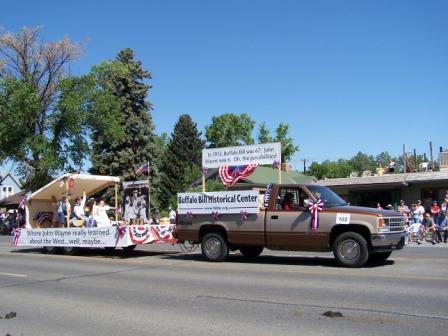 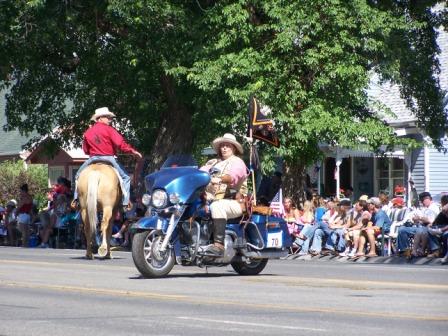 Calamity Jane on her motorcycle 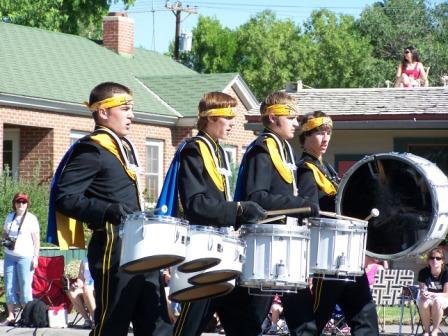 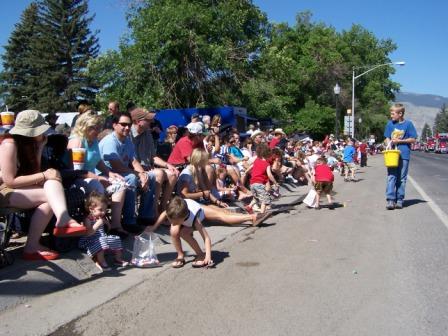 Kids scramble for candy thrown during the parade 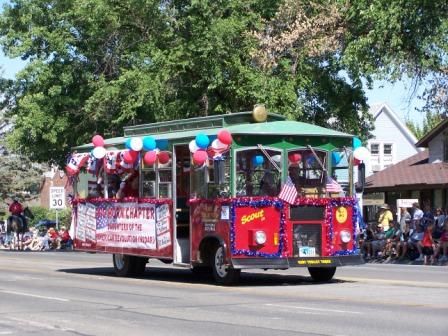 Daughters of the American Revolution commandeered the Cody trolley 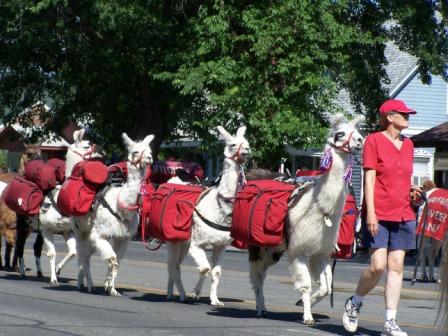 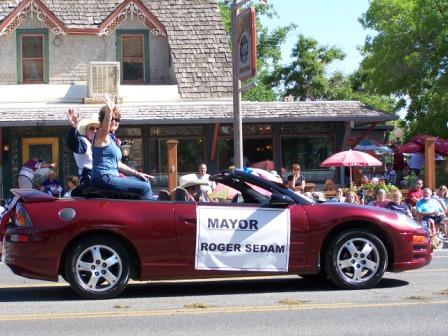 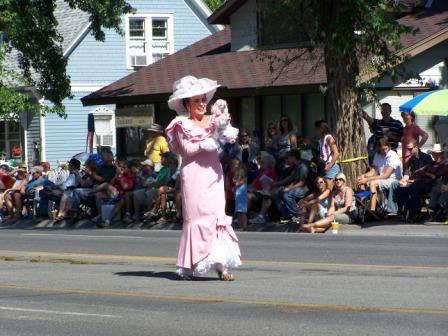 Hope Sheets and her poodle 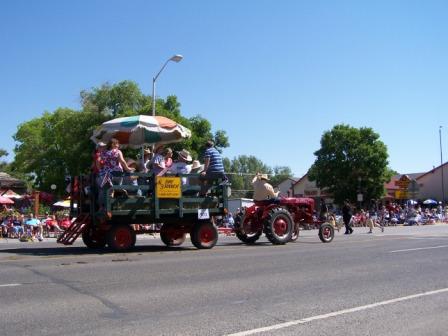 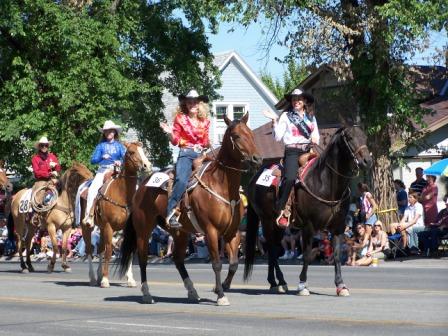 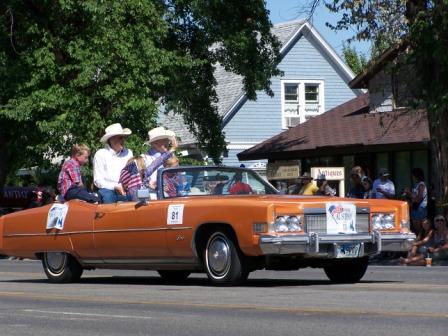 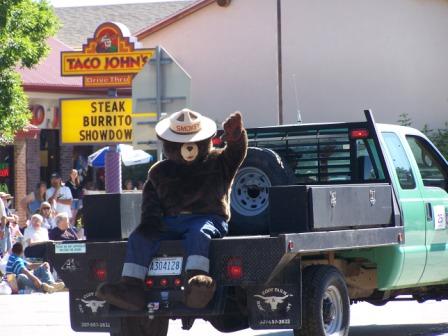 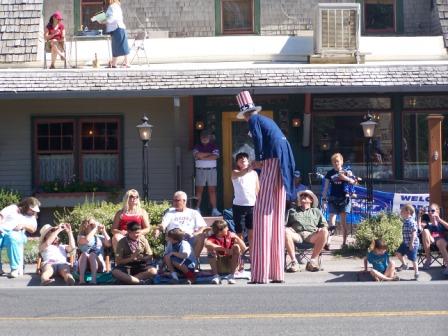 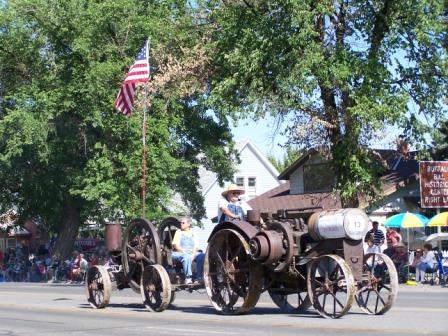 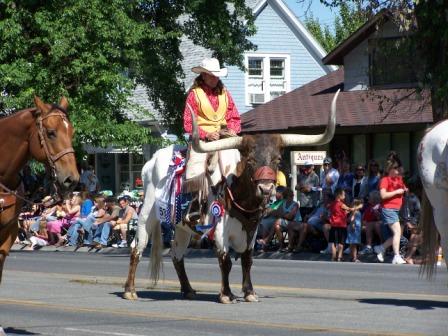 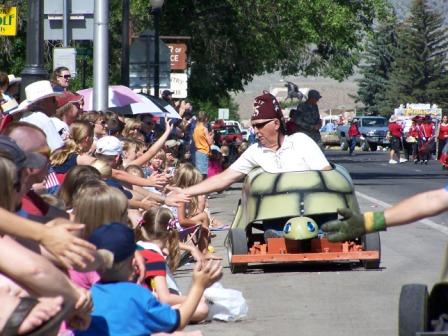 The Shriner's turtle patrol entertains kids along the parade route