Bob Richard took us up to the top of Cedar Mountain after gaining permission from property owner Elbert Sowerwine on Sunday, June 4, 2006. Bob is the grandson of Fred Richard, who is said to be one of the two men who swapped Buffalo Bill's body with a lookalike vagrant and buried Buffalo Bill on Cedar Mountain to fulfill the wishes expressed in his 1906 will. Our mission was to locate the suspected grave of Buffalo Bill Cody.

You can read my background research article about this fascinating mystery here.

Elbert and Bob both had locations to show us but even Bob was intrigued by the location Elbert pointed out. Since he lives on the top of the mountain, Elbert has had the time to explore the hundreds of acres up there thoroughly. Elbert also controls access to the mountaintop because he owns the largest piece of property up there and he maintains the road. After speaking with him for an hour and learning about his passion to preserve history, we left convinced he is the best possible gatekeeper the site could have.

Here are some of the photos of our trip: 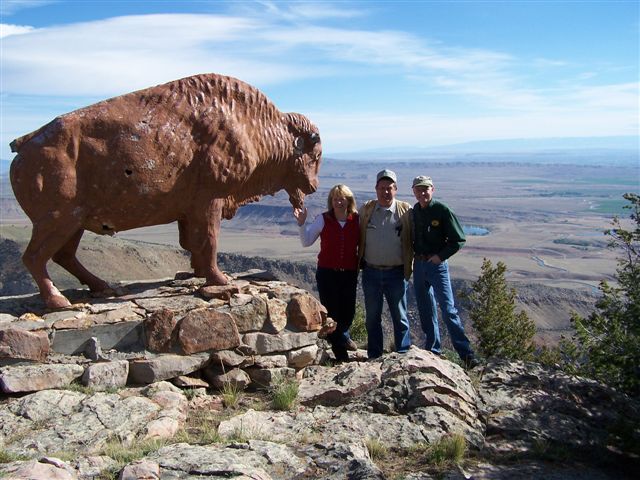 Margie, Bob Richard and me at the buffalo memorial on top of Cedar Mountain 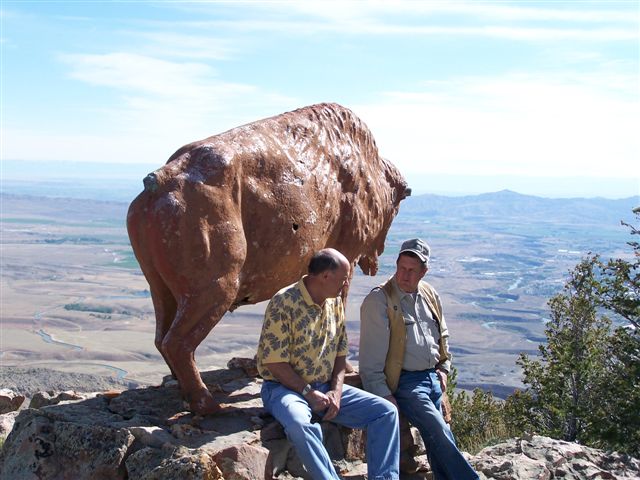 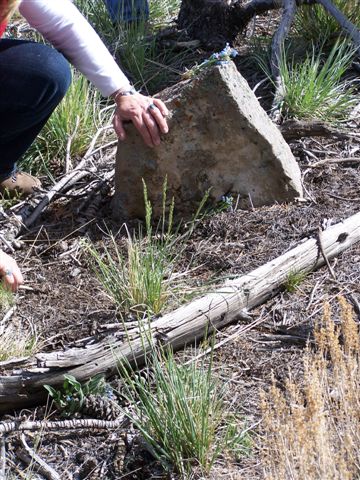 A tight view of the suspected Buffalo Bill gravesite to hide its location. The rock "headstone" blends in with the surrounding geology but is perfectly perpendicular to the suspected gravesite as if it was buried long ago by human hands. Could this be the final resting place that Buffalo Bill requested in his 1906 will? 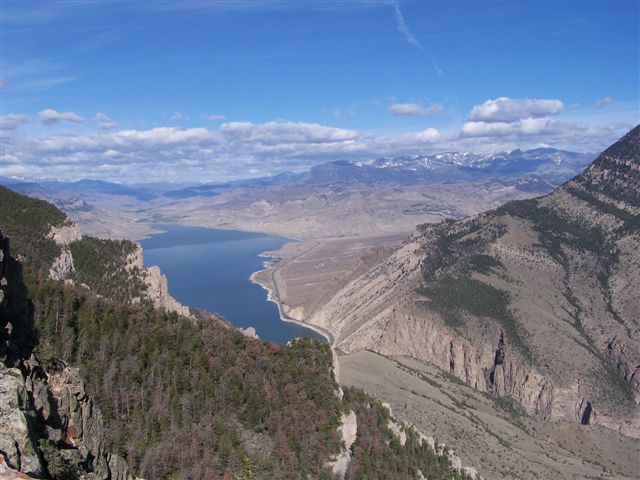 Great view from the mountaintop looking toward the reservoir 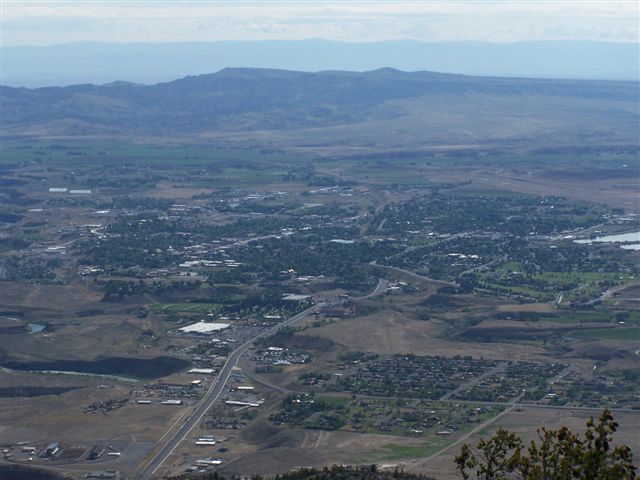 View of Cody from Cedar Mountain 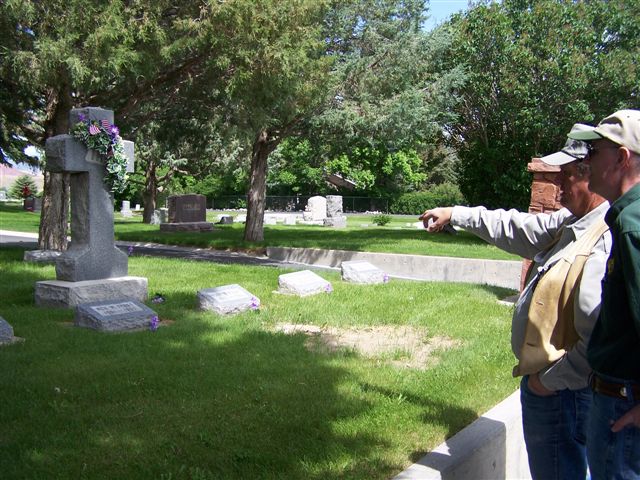 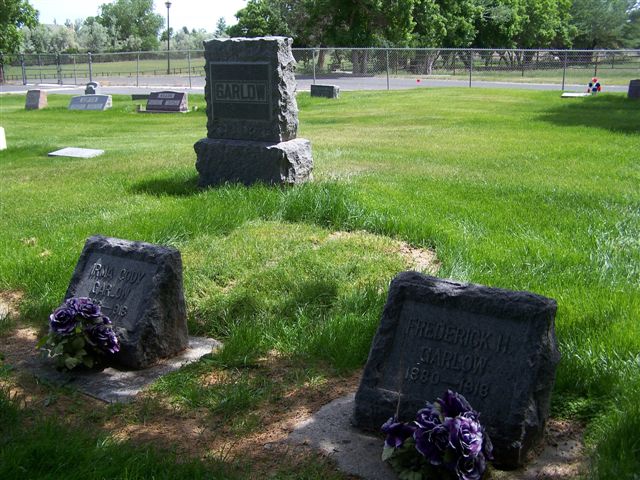 Buffalo Bill's daughter Irma is buried in Cody's Riverside Cemetery next to her husband Fred Garlow. Both died in 1918 within 3 days of each other due to the Spanish Influenza epidemic that swept the country at that time. We don't know anything about the disturbed ground behind Irma's headstone. Another mystery to solve